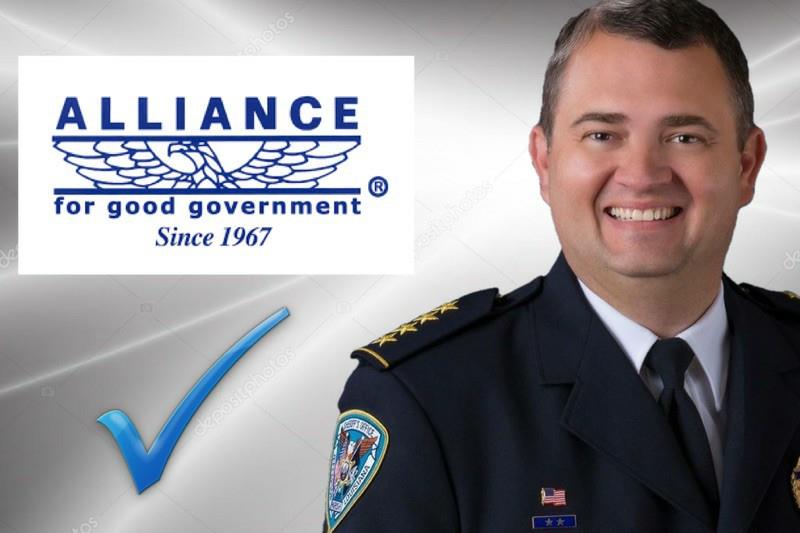 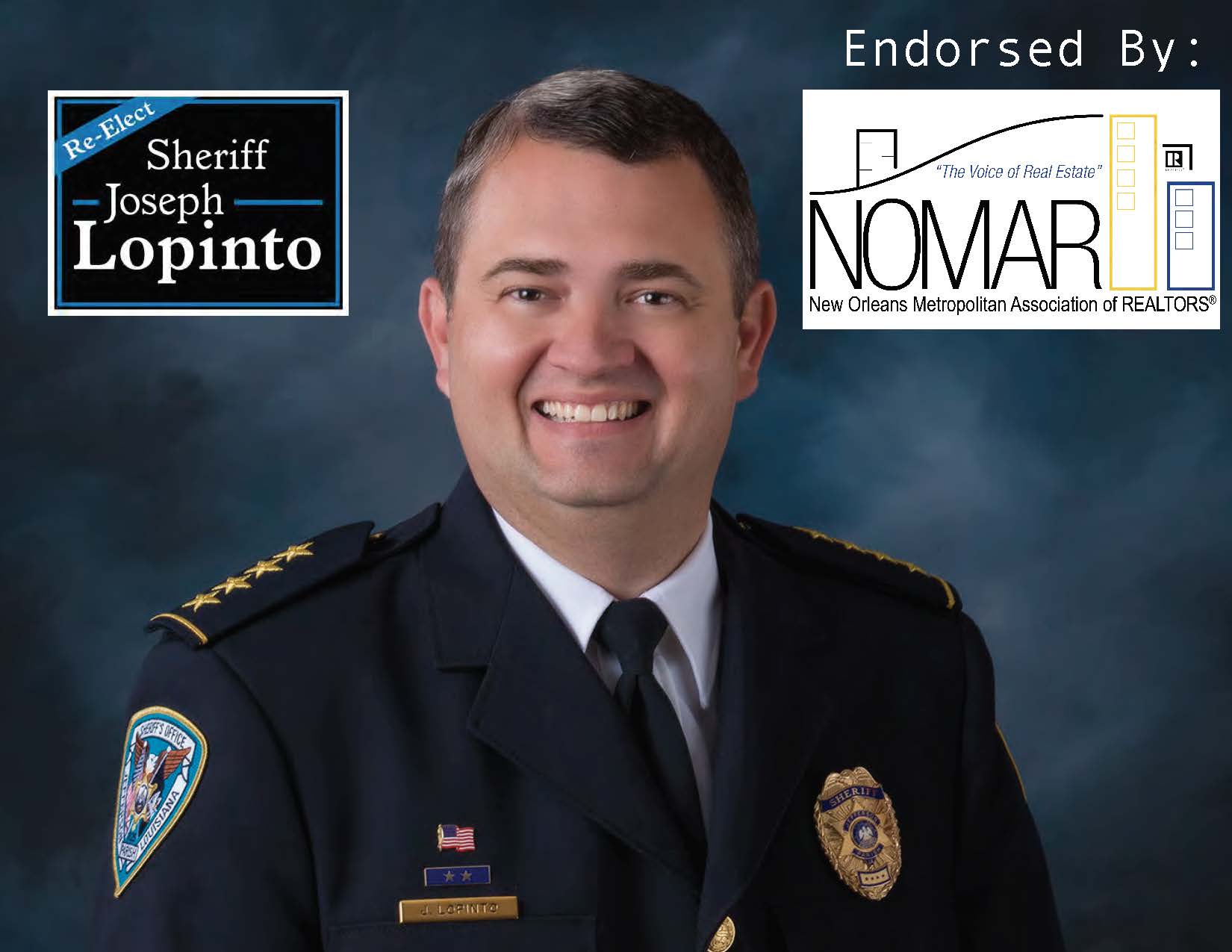 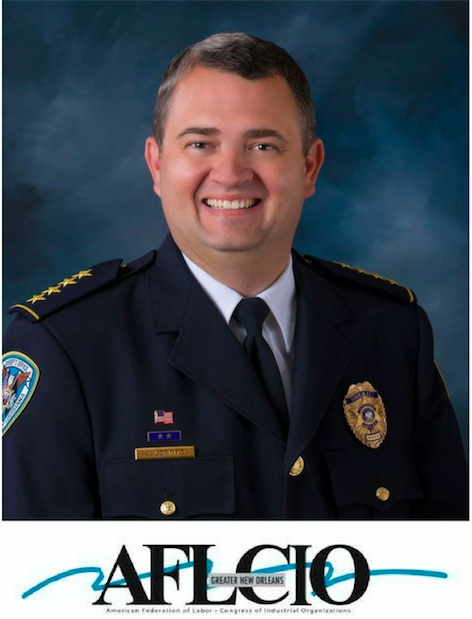 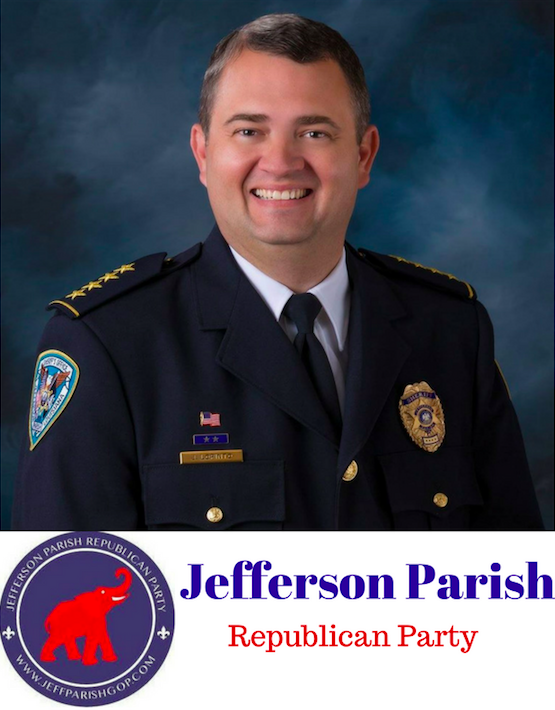 “From the bottom of our heart, we are humbled by your support. We thank you for being with us,” Lopinto told supporters packed into his victory party at the New Orleans Marriott Metairie at Lakeway, surrounded by his family, friends and some elected officials.

Lopinto and Fortunato were locked in a contentious battle to replace former Sheriff Newell Normand, who unexpectedly retired in Aug. 31 to become a host on talk radio. Normand’s unexpired term ends in 2020.

Lopinto, 41, worked as a deputy for seven years before earning a law degree from Loyola University. He was elected to the Louisiana House of Representatives in 2007 and headed the criminal justice committee.

Lopinto returned the Sheriff’s Office in 2016 as the department’s in-house counsel before Normand appointed him chief deputy and, later, chief of operations. Lopinto took over leadership of the department after Normand stepped down.

Lopinto raised well over $1 million in his campaign against Fortunato, 66, a retired colonel and longtime spokesman for the Sheriff’s Office. Both candidates challenged the other’s claims of experience during the race.

Fortunato had an overwhelming lead in October, shortly after he announced his intention to run. But Lopinto closed that gap in the months that followed, with dueling polls showing a tight race.
“Seven months ago, the citizens of Jefferson Parish didn’t know who I was,” Lopinto said Saturday night.

“Over the last seven months, we showed them who Joe Lopinto was. We showed them that I have the experience, the capability, the education to bring Jefferson Parish forward,” he said. “We’re just beginning, y’all.”

Moments after he was sworn in as Jefferson Parish sheriff, Joe Lopinto seemed eager to get to work — and happy to tackle a new role in a familiar environment.

A former Jefferson Parish sheriff’s deputy and narcotics detective who became an attorney, Lopinto has spent much of the past decade in the Louisiana Legislature, including a four-year stint as chair of the House of Representatives’ criminal-justice committee.

“Nine years in the Legislature was enough for me,” Lopinto said to laughter, as he spoke before a standing-room only crowd filled with law-enforcement officers, family and friends in the Jefferson Parish Council Chambers in Gretna. “Although that’s where I guess I made my mark, with my criminal-justice career, the reality of it is, this was always home for me.”

Lopinto, who officially takes on the role of sheriff at midnight Friday, has a deep background in local law-enforcement and was raised by a father who served 36 years with the New Orleans Police Department, retiring as a captain.

“That’s why I do what I do,” he told the crowd Thursday afternoon.

Lopinto became a sheriff’s deputy after attending Brother Martin High School and Loyola University. He earned his law degree at night while working as a deputy and a narcotics detective. Following his graduation from Loyola University’s Law School, Lopinto left the Sheriff’s Office in 2005 to enter private practice, according to the JPSO.

In 2007, Lopinto was elected to represent District 80, which runs through central Metairie, in the Louisiana House.

However, he resigned his legislative seat last June to spend more time with his family and return to the Sheriff’s Office.

Since his return to local law enforcement, Lopinto has served as the in-house legal counsel for the Sheriff’s Office and then, in June, took on the roles of chief of operations and chief criminal deputy for the Jefferson Parish Sheriff’s Office

In July, he became Jefferson Parish Sheriff Newell Normand‘s handpicked successor after Normand unexpectedly announced that he would be retiring early to take a job as a radio talk show host with WWL.

Lopinto told the crowd that someone had asked if he was nervous about stepping into Normand’s position.

Following Thursday afternoon’s ceremony, both Normand and Lopinto spoke about how Lopinto’s experience as chair of the criminal-justice committee would help in his new role.

“One of the reasons I asked him to leave the Legislature and come back here was that I know he had a unique skillset,” from the narcotics unit to the Legislature, Normand said.

Any of the issues that affect the sheriffs, whether it’s new laws or funding issues, came through his committee, Lopinto said.

Lopinto said he is eager to start making the tough calls that come with being sheriff — and finding the balances needed to make sure Jefferson Parish stays safe.

“I look forward to sitting in that chair and making those decisions,” he said.

Lopinto’s wife, Lauren, and 6-year-old twins, as well as his parents, Joseph Lopinto Jr. and Rita Lopinto, were among about 20 family members that attended the ceremony. Thursday afternoon, Lopinto’s mother waited patiently to congratulate her son as a long line of attendees took turns shaking hands and posing for pictures with the new sheriff.

“I appreciate the turnout,” Lopinto told the packed crowd. “I appreciate y’all wanting to share this moment with me. It’s humbling.”

Lopinto spent the weeks since Normand’s July 25 announcement meeting with Sheriff’s Office staff and handling the routine administrative changes required for the transition, including the addition of his name to department paperwork, payroll checks, bonds, insurance forms and other legal documents.

Lopinto’s schedule has gone from day-to day to minute-to-minute, he said. But he wants to assure department staffers they’re not in for any monumental transformations right out the gate.

Lopinto couldn’t say whether he would eventually introduce new members to the command staff.

“Is Joe Lopinto going to come in on Sept. 1 and make high structural changes to the Sheriff’s Office? Of course not. We have 1,500 employees in this department that do a great job and have the respect of this community, he said.

“But I need to have sit-downs with people to see what their vision is of the future. How do we get to the next level? Some of the people in current positions are going to be part of those decisions. The people I came up with through the department, the mid-management people that have been here for 20 years, now, I want their inclusion, too,” he said.

Lopinto will have at least seven months to steer the Sheriff’s Office. The next available primary date for an election to permanently replace Normand is March 24 with an April 28 runoff. The Jefferson Parish Council must schedule the race in the next 20 days.

Lopinto plans to run for the office. Former Jefferson Parish President John Young and Jefferson Parish Chief Operating Officer Keith Conley have openly admitted they, too, are considering candidacy. The names of other potential candidates have bubbled up, including Sheriff’s Office Spokesman Col. John Fortunato, who could not be reached for comment.

Normand was the chosen successor for former Sheriff Harry Lee, who held the office for 27 years before his death in 2007. Normand’s election signaled a change in some policies, but he had served as Lee’s chief deputy and chief financial officers for years.

Lee once said, “I promote who I want to promote. They serve at my pleasure, and please means pleasing me.”

The next sheriff’s race has the potential to turn divisive. But Lopinto said he’s not keeping track of who’s supporting whom.

“I will have no requirements of any of the employees. I’m not keeping notes and I’m not keeping tabs,” he said. “The Sheriff’s Office is a lot bigger than one person. They have to continue to be loyal to the entity, not to me. I don’t expect anything from the people that work for me. I’m not asking them to put signs in their yard.”